GUIDEcx is proud to announce that our very own Chief Operating Officer, Harris Clarke, has been awarded the coveted title of COO of the Year at this year’s Silicon Slopes Hall of Fame Awards. Clarke received the title during a gala held on Thursday, February 24, at the Grand America Hotel in downtown Salt Lake City.

Clarke was one of just three finalists for the category, which identifies and applauds pioneers and leaders who have contributed to the ongoing and growing success of Utah’s economy and Silicon Slopes. Industries represented include software, aerospace, e-commerce, fashion, healthcare, architecture, and more.

As an integral part of GUIDEcx since its inception in 2018, Harris Clarke has enabled the company to elevate the B2B experience and deliver world-class service to its customers as the product has not only created and led a new category of software, but forever changed the notion of traditional client onboarding. His efforts have helped propel GUIDEcx to new heights, including the company’s recent $25 million Series B funding round in addition to its No. 1 ranking on G2’s Relationship Index.

Additionally, Clarke played a pivotal role in recently launching GUIDEcx’s Navigator Reporting Engine tool. The one-of-a-kind enterprise reporting enhancement sets the standard for a brand-new category of SaaS onboarding, helping users to uncover challenges, shorten time to value, and shrink the distance between insight and action. His vision to create a tool that provides standard metrics and forecasting has garnered massive approval from business professionals everywhere.

With a background that includes not only SaaS, but insurance and time spent working for the State Department and Department of Justice in Washington, DC, Clarke has brought his knowledge to the forefront, allowing GUIDEcx to continue building upon its best practices while maintaining the quality of existing features. While he considers himself more of a student, his expertise in seeking out people’s strengths, being a genuine people person, and ability to maintain a keen eye for detail have earned the confidence of the GUIDEcx team. Learn more about Harris’s nomination.

“This recognition by the Silicon Slopes community is truly humbling,” says Clarke. “Our teams customers at GUIDEcx inspire me every day and this award is largely a reflection of their talents and efforts. Each of us stands on the shoulders of giants who have come before us in the Utah Silicon Slopes community and we thank them for leading the way. It is inspiring to live and work in an ecosystem that encourages you to push past what you believe is possible–as evidenced by our team undertaking the work to revolutionize the onboarding process for new customers everywhere. I’m grateful to love the people I work with and the work we do.”

To view the complete list of this year’s Hall of Fame finalists, visit halloffame.siliconslopes.com. 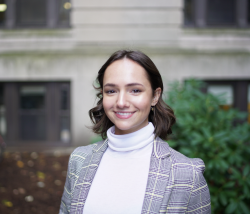 An Easy Guide for Setting Customer Onboarding Goals and Objectives

In 2017, a Taiwanese hiker was discovered after being missing for 47 days on the most treacherous mountain in the world: Mt. Everest. He and his wife had decided to ascend the mountain without a guide and became lost after a powerful snowstorm. Without a guide or a...