Our Culture The Industry

Churn and Retention at Silicon Slopes 2021

For the fifth year, thousands of tech companies flocked to Utah for the Silicon Slopes 2021 Summit. This is one of the largest and most prominent annual industry events in the world. And for GUIDEcx, a homegrown leader in the Silicon Slopes region, having a presence at the event for another year brought even greater recognition to the client onboarding platform.

With a focus on the booming tech industry, this year’s conference—held October 13 and 14 at the Salt Palace Convention Center—centered on the themes of churn and retention along with education. The event featured a robust list of 40+ speakers, including

These speakers lent their insight on how companies can scale both quickly and efficiently during a time when investors are looking to align with the Utah tech industry. Here’s a review of the highlights.

Churning an Evaluation with the Right Numbers

With the overall customer experience directly impacted by a company’s ability to scale and reduce churn, venture capitalists have also taken note. Once a sales-numbers-only world, the focus has now shifted onto retaining those numbers. Among the hot-ticket items at the Summit was a session led by Adam Edmunds, CEO of Entrata, on how to scale an organization in today’s ever-changing market. Edmunds was joined by a team of notable panelists responsible for some of the most successful custom retention programs in the region.

“We know what even a two percent churn can do to an evaluation in the long run, so it’s important to look at the actions we can take to make those numbers great,” said Sid Ewing, GUIDEcx marketing director. “Innovators today are concentrated on making the world a better place through tech, and that’s what we are doing here in Utah, which is why VCs are watching the Silicon Slopes so closely and weighing how to make the most impact.”

Emphasizing Education for the Next Era

Another focus at the Summit was the ongoing ultra-competitive job market and the notion that the tech industry has not been immune. Retaining top talent has not been without its share of challenges, with talks centered around building teams for the long-term.

One such session—appropriately named “From Horses to Humans: Improve Performance without a Carrot or Stick”—was led by Chris Fryer, chief product officer at Homie. Taking time to train employees adequately can inspire trust and build motivation and leadership to not only positively affect the new customer experience, but churn and retention as a whole.

“If we run out of talent that we’ve worked so hard to train, we won’t be able to continue the innovation in the tech industry that we’re constantly yearning for,” said Ewing. “We need to teach fundamentals and different ways of thinking so we can bring in fresh thinking and new perspectives.”

GUIDEcx is proud to have been a silver-tier sponsor of Silicon Slopes 2021 Summit. It continues its recognition across the nation as the premier client onboarding platform and a strong representative of Utah’s flouring tech industry. 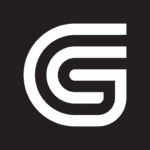 Ensuring your organization has everything in its toolkit to enable customer success has never been more important. Nearly 90 percent of service leaders agree that customers have higher expectations than they did in previous years, and that number continues to grow. ...